An app for dog owners to request dog walking, sitting, and drop-in services on demand when they need it. Featuring geo-location and Internet of Things integration for key access, notifications, and security. My first project for the User Experience Design Immersive at General Assembly involved us pairing up and interviewing one another to identify a problem and develop a solution. Working within the confines of a one week sprint, my task was to apply the UX process in order to design an app that would solve the identified problem for my user.

As the sole UX designer for this project, I conducted all of the research, information architecture, designing, and testing. 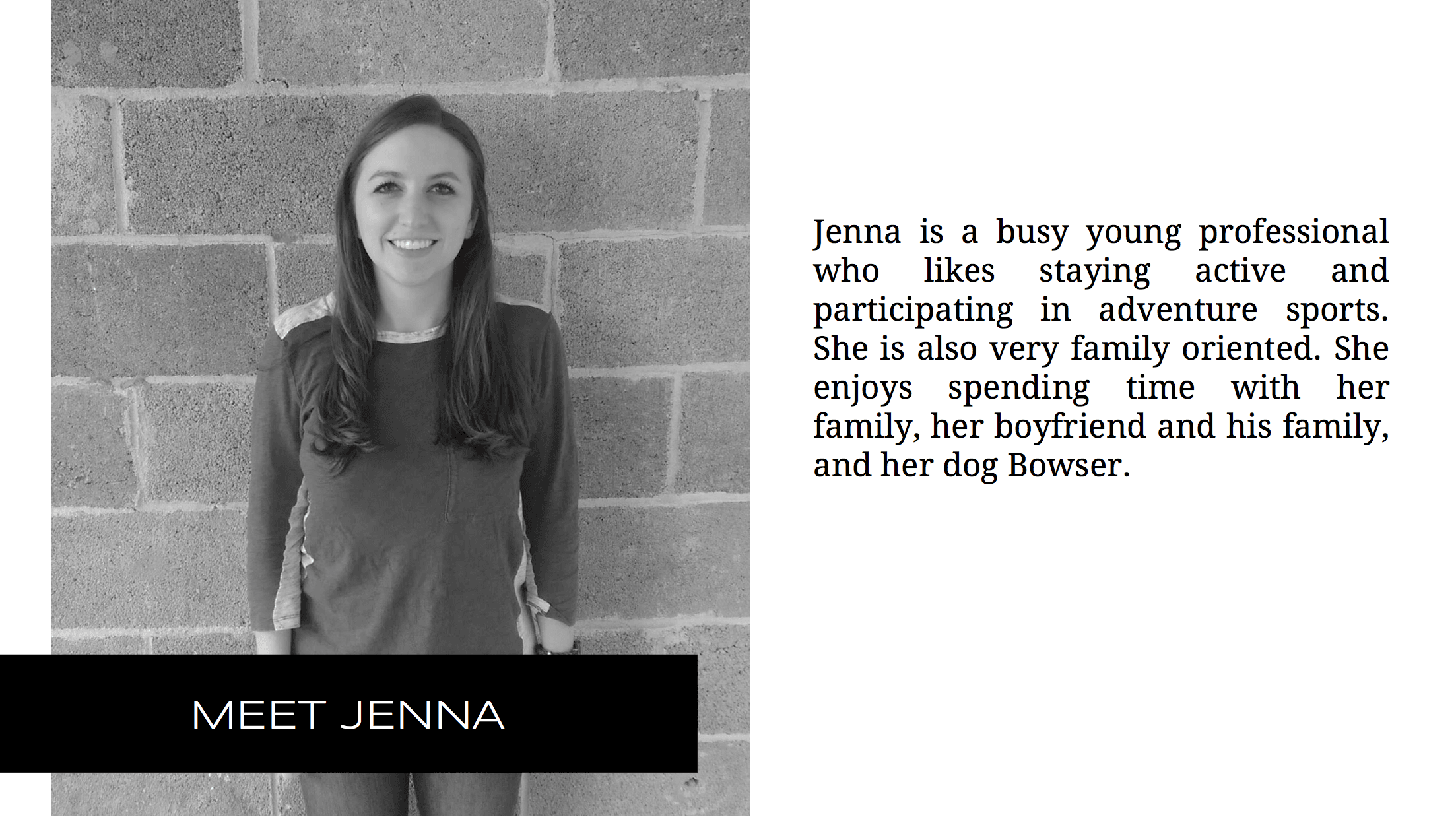 My partner for the project was Jenna. Right away, I was able to see a pattern in what was important to her. Specifically, two things stood out — her love for being active and her family. I probed deeper to see if I could identify a pain point for which to devise a solution. I honed in on her relationship with her dog. In our conversation, Jenna expressed feeling guilty and stressed when she isn’t able to make it home in time to walk or feed him. And from there the idea was born. What if there were a way for Jenna to make sure her dog is taken care of in her absence? 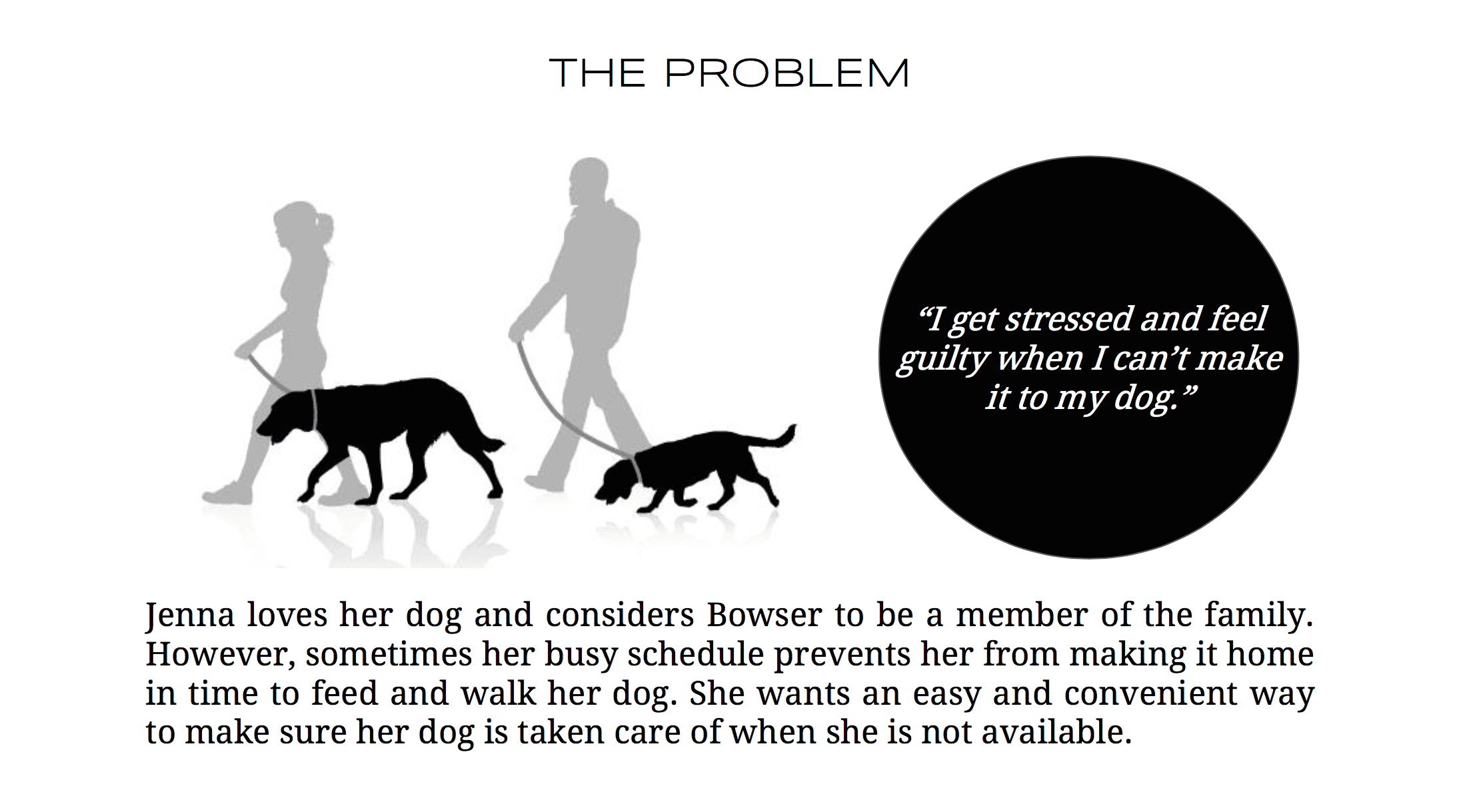 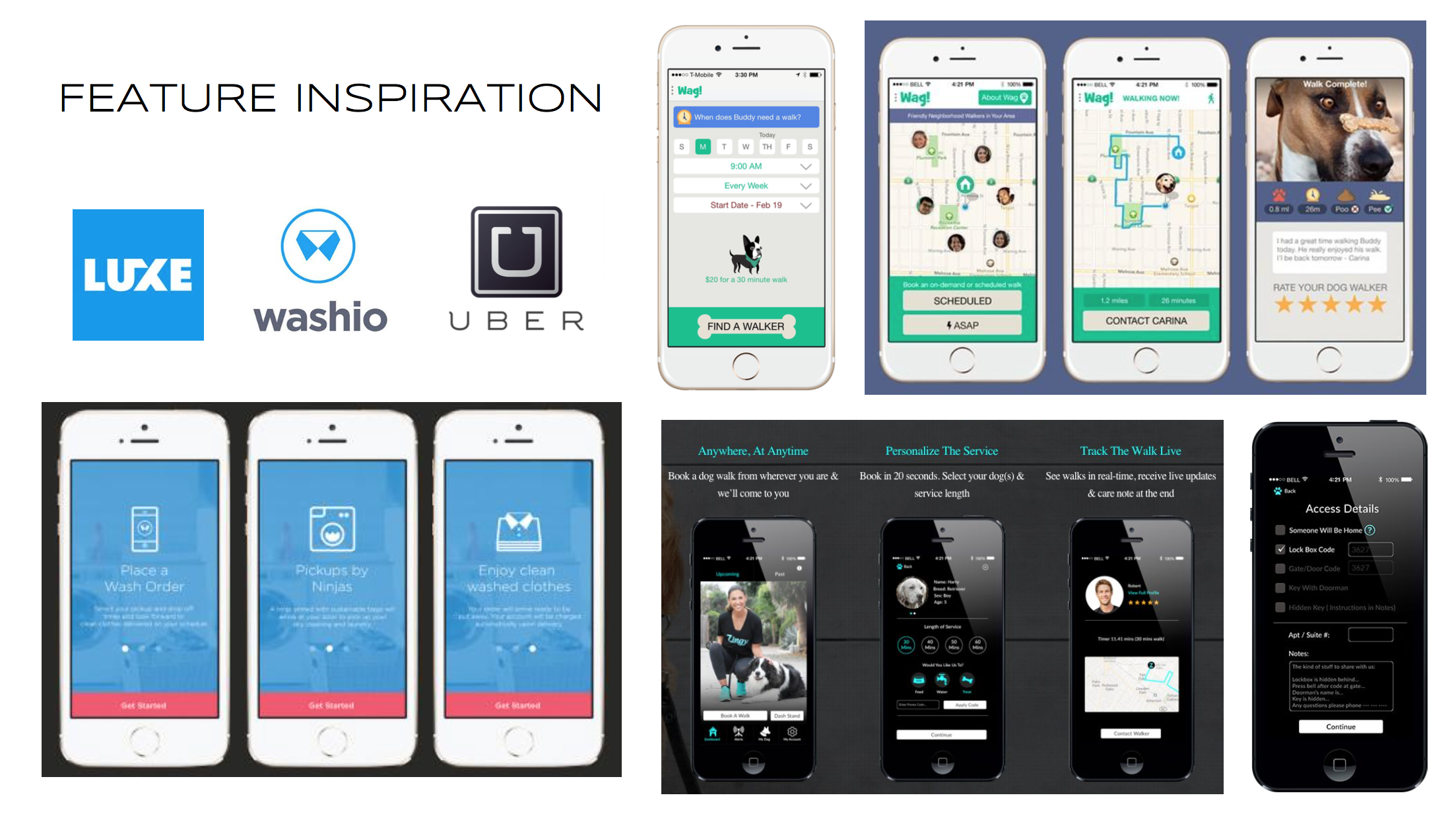 In developing the solution, I had to think through the available technology and safety precautions for the service. I began by conducting a competitive analysis to see what was already out on the market and doing a comparative evaluation to get feature inspiration for the app. I learned that most local services are web-based, not on-demand, and required permanent key possession and that the app-based solutions were not available in the Atlanta market (click images to enlarge). 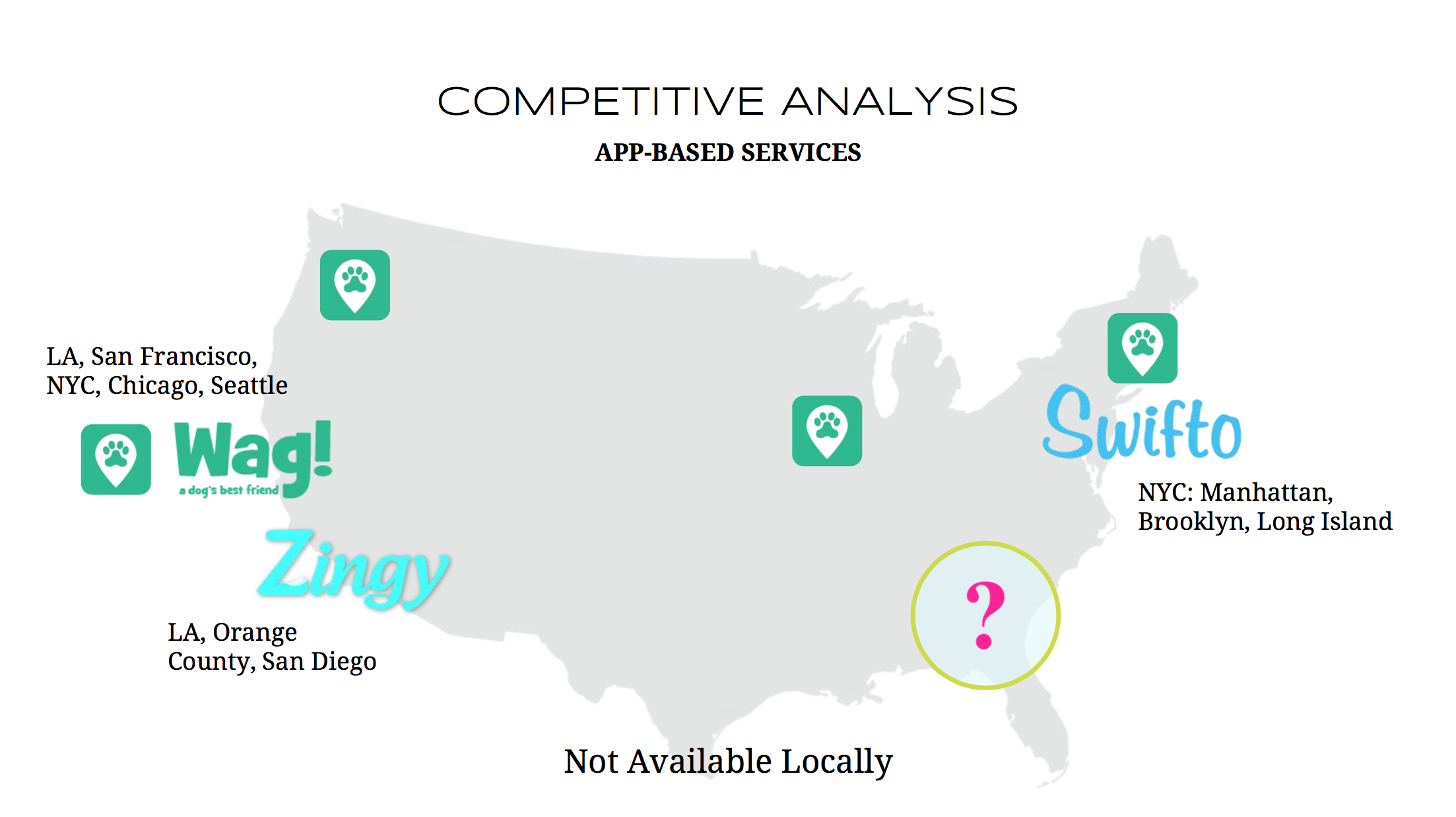 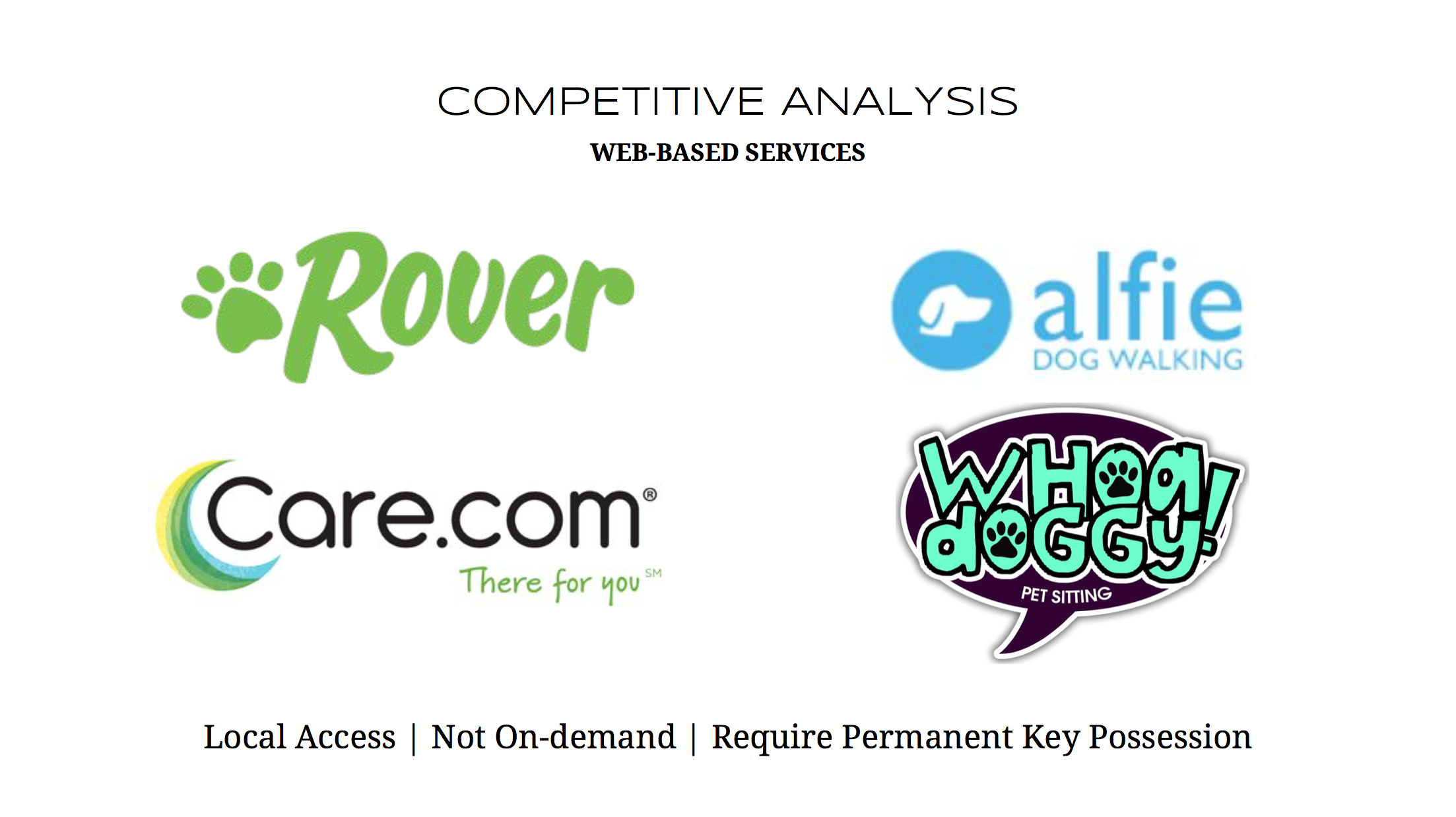 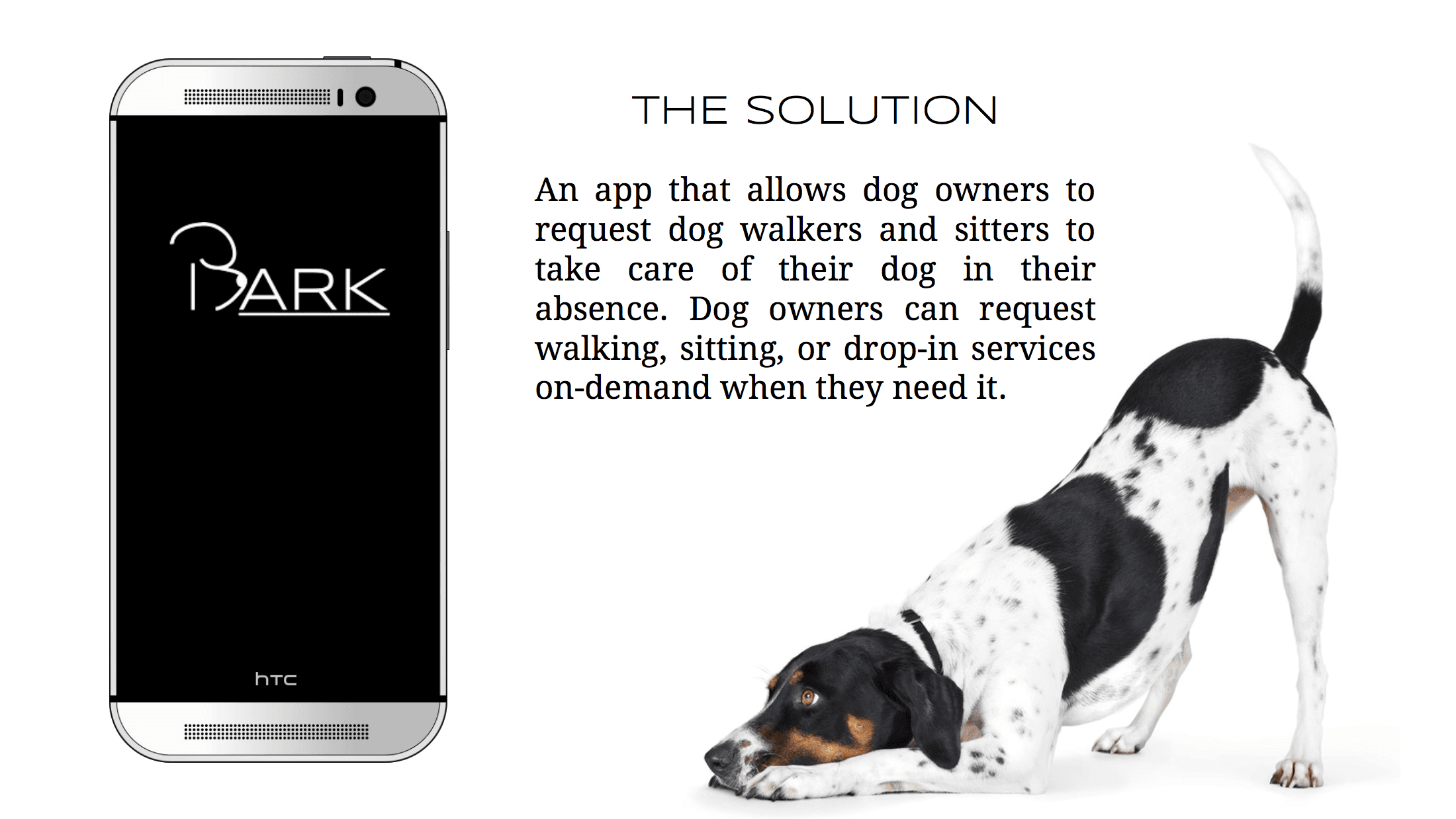 The solution became BARK, an app that offers on-demand service for dog owners to request walkers and sitters. Based on my conversations with Jenna, I knew that the solution would have to be something that would not take too much commitment on her part. It would also need to address her safety concerns. 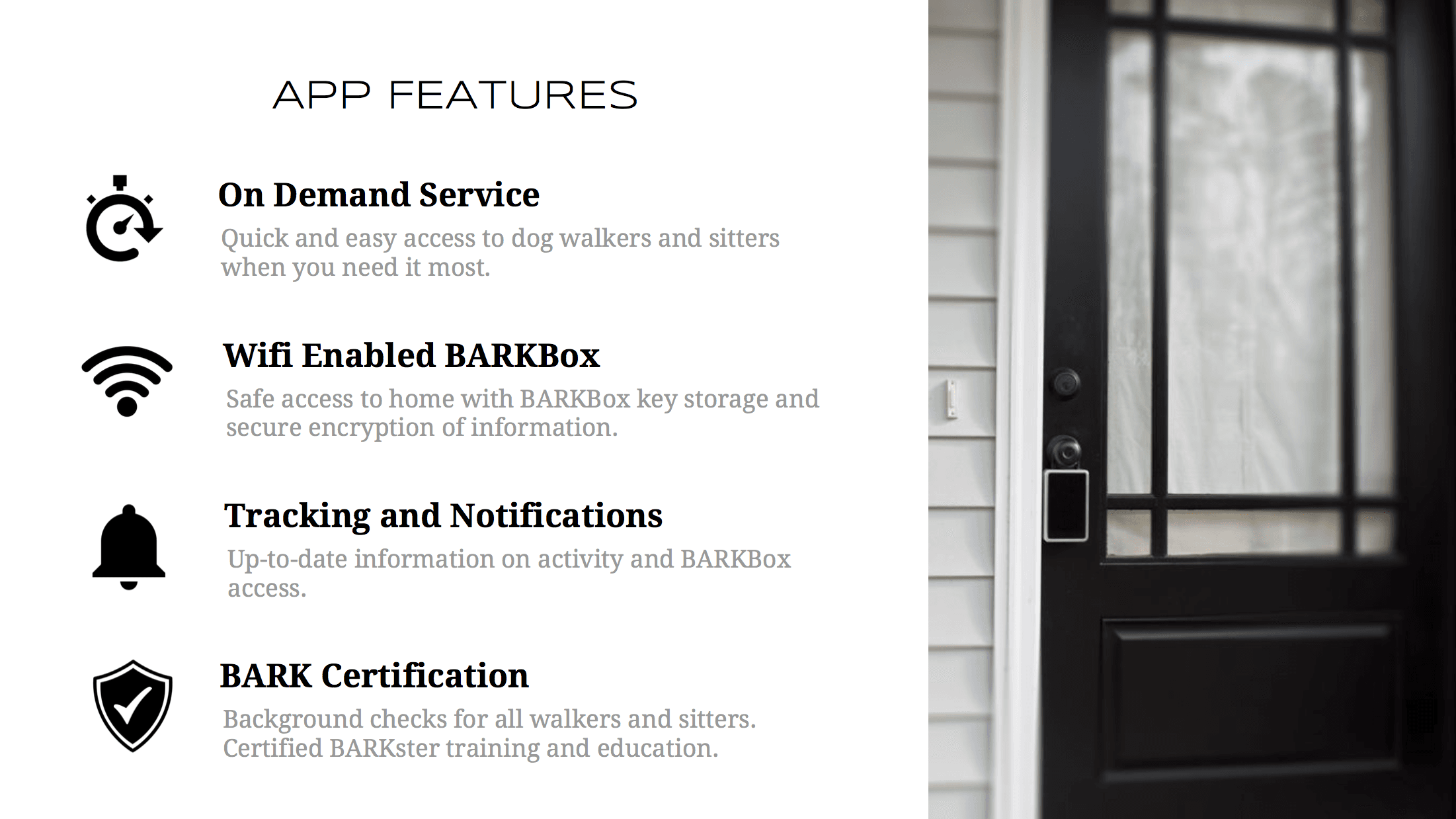 Based on research, I decided to incorporate Internet of Things (IoT) technology by adding a wifi-enabled lockbox which would allow for safe keeping of the user’s key and connectivity to the app for push notifications when the lockbox (“BARKBox”) is accessed. From there, I sketched and developed a paper prototype while simultaneously creating the user flow. I met with Jenna again to test the paper prototype and to get her feedback. Based on the feedback, I moved forward with developing a clickable prototype on the POP app which flowed through the scheduling and booking process of the app. I incorporated feedback from testing and designed high fidelity comps of the test screens in Sketch. I then built a clickable prototype in Marvel.

For the second phase, I plan to design and test the onboarding and dog registration screens for the app. The third phase will address the the app used by Barksters (dog walkers) to sign up and field requests.

VIEW MORE OF MY WORK